There are all kinds of mistresses out there, but these two have the biggest fake tits of all of them. They like dominating a slave together because that is much more fun than doing it separately. They put him trough a regular course, humiliating him constantly and making him kneel on the ground while they hit him around and strap his hads. After that, they put a saddle on his back and take a ride around the room on him. The worst part is when they tie him down to a table on his back and cover him up in plastic foil making it almost impossible for him to breathe. They even put a rope around him over the foil to be sure that he won’t be able to move a muscle. He’s still getting some air so they put a hand over his mouth and count to ten. He’s having a hard time in Hollywood, that’s for sure.
Format : MPEG-4
File Size : 903 MB
Duration : 30min 49s
Video: AVC, 1280×720, 29.970 fps, 3 968 Kbps
Audio: AAC, 2 channels, 125 Kbps 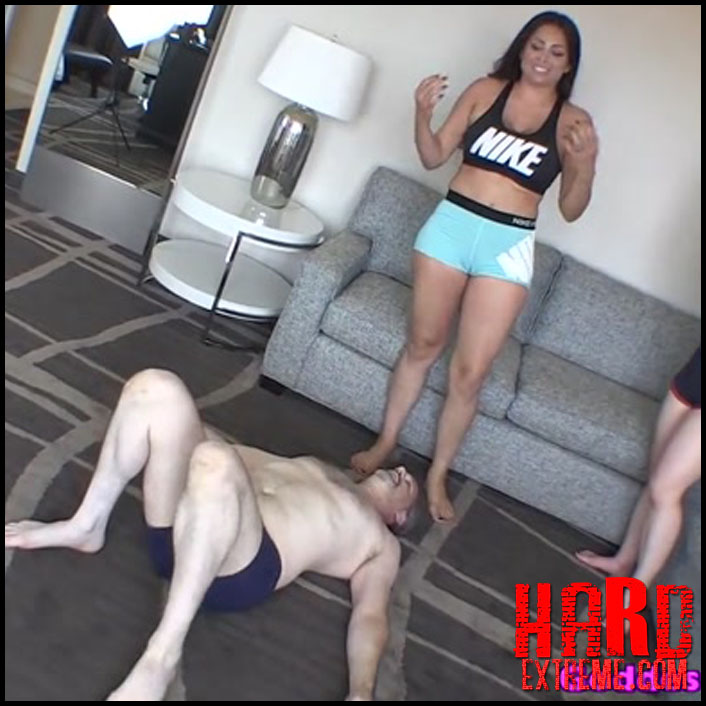